My favourite anecdote about the origins of numerology goes like this; imagine an ancient tribe of people at the dawn of civilisation, maybe in Africa or the Middle East. While someone in that tribe would be responsible for counting the number of sheep or goats, someone else in the tribe would interpret what those numbers meant, not with regard to material problems such as whether there were enough resources to feed the animals, but in a mystical, spiritual way, what does it mean to have 66 goats or 33 sheep, for example.

Of course, there is no direct evidence for such a tale, yet we see suggestions of something similar dotted throughout history. One early example of this is preserved in a fragment from Babylonia, around 700 BC, where the king, Sargon II, ordered that the length of the wall around his capital city of Khorsabad be made equivalent to the numerological value of his own name. Of course, our ancient friends would not have called this numerology, but it is, to all intents and purposes simply an early version of a practice that exists to this day, the application of meaning to numbers. 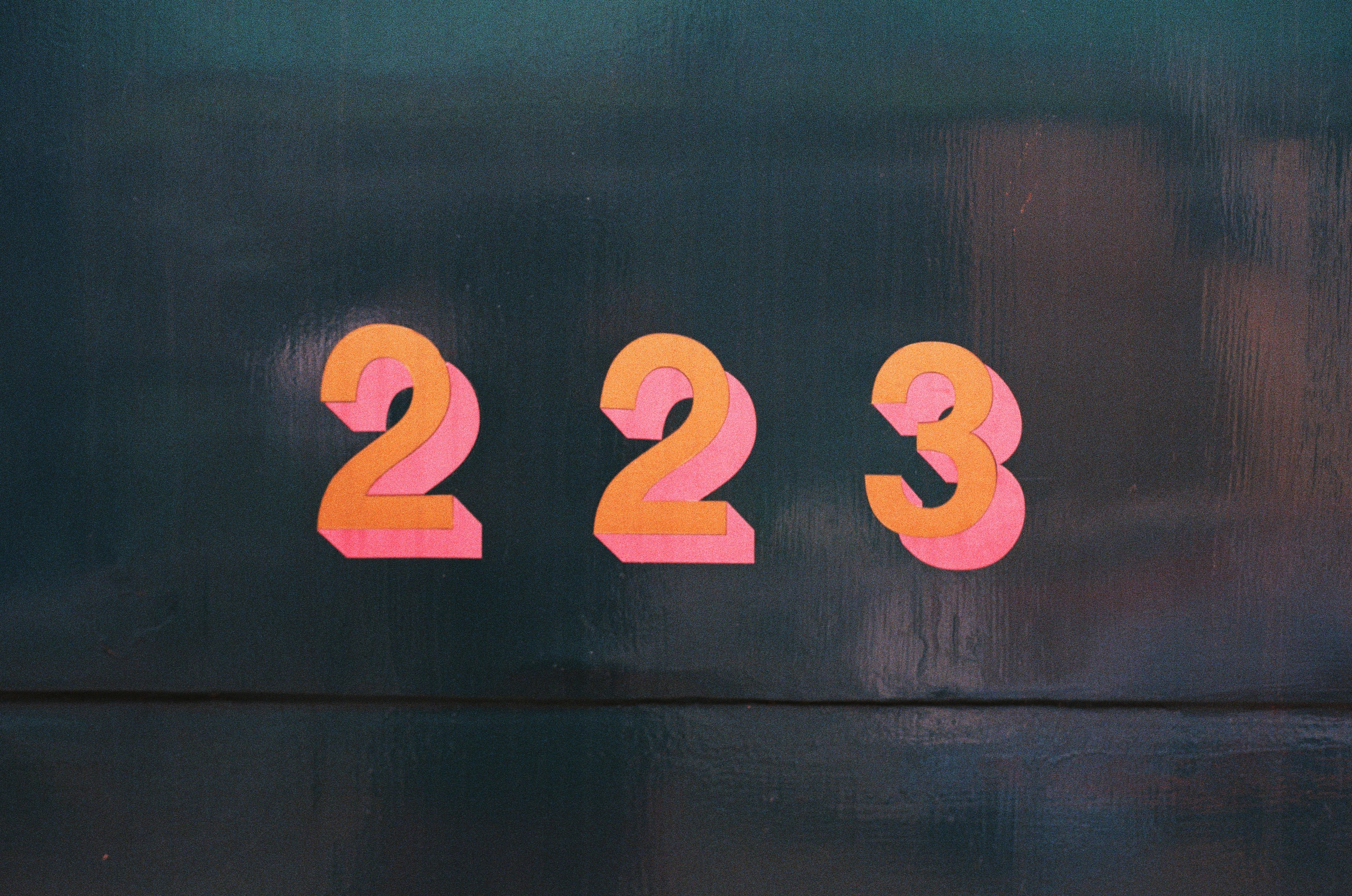 Where did Numerology Begin?

Though there are undoubtedly connections from the numerology of today, way back to Ancient India (in the Vedas) and China (in the I Ching) it is widely accepted that the semi-legendary figure of Pythagoras is the true father of numerology. Living in Ancient Greece around 550 BC, he has been described as one of the most influential humans that ever lived, for the very essence of his thinking about numbers is baked into our modern world. Son of a stone-cutter from the island of Samos, we know him as a mathematician, vegetarian and keeper of the Egyptian mysteries. But he also revered numbers so much that he consecrated a mystical school in their name, teaching about the reincarnation of the soul and instructing his pupils how numbers could reveal the beauty, harmony and order of the world. Immortalised for his mathematical insight that the square of the hypotenuse of a right-angled triangle is always the sum of the squares of the other two sides (a fact which actually pre-dated Pythagoras and was widely known in Babylonia a thousand years before he was born), his basic idea was that numbers underlie and describe all creation. His work would go onto influence the Greek philosopher Plato, which in turn coloured the development of Roman society.

Count the numerical values of the letters in Nero’s name, and in ‘murdered his own mother’; you will find their sum is the same.

This quotation, from the Roman historian Suetonius in 121 AD, was another early example of numerology, the original Greek or Latin words purportedly found either as graffiti or in popular verse. It is in fact, another early example of one particular branch of numerology called gematria. Popular from before the time of Christ, the practice – as used in the construction of Sargon’s wall - involves dismantling words into their component letters and then using a pre-determined algorithm, associating those letters to numbers, all of which enables you to draw new meaning from the original words. The practice exists pretty much unchanged to this day, where modern numerologists break down the vowels and consonants of a person’s name in order to find such things as the Expression and Soul Urge number, thereby revealing powerful clues as to the subject’s personality. 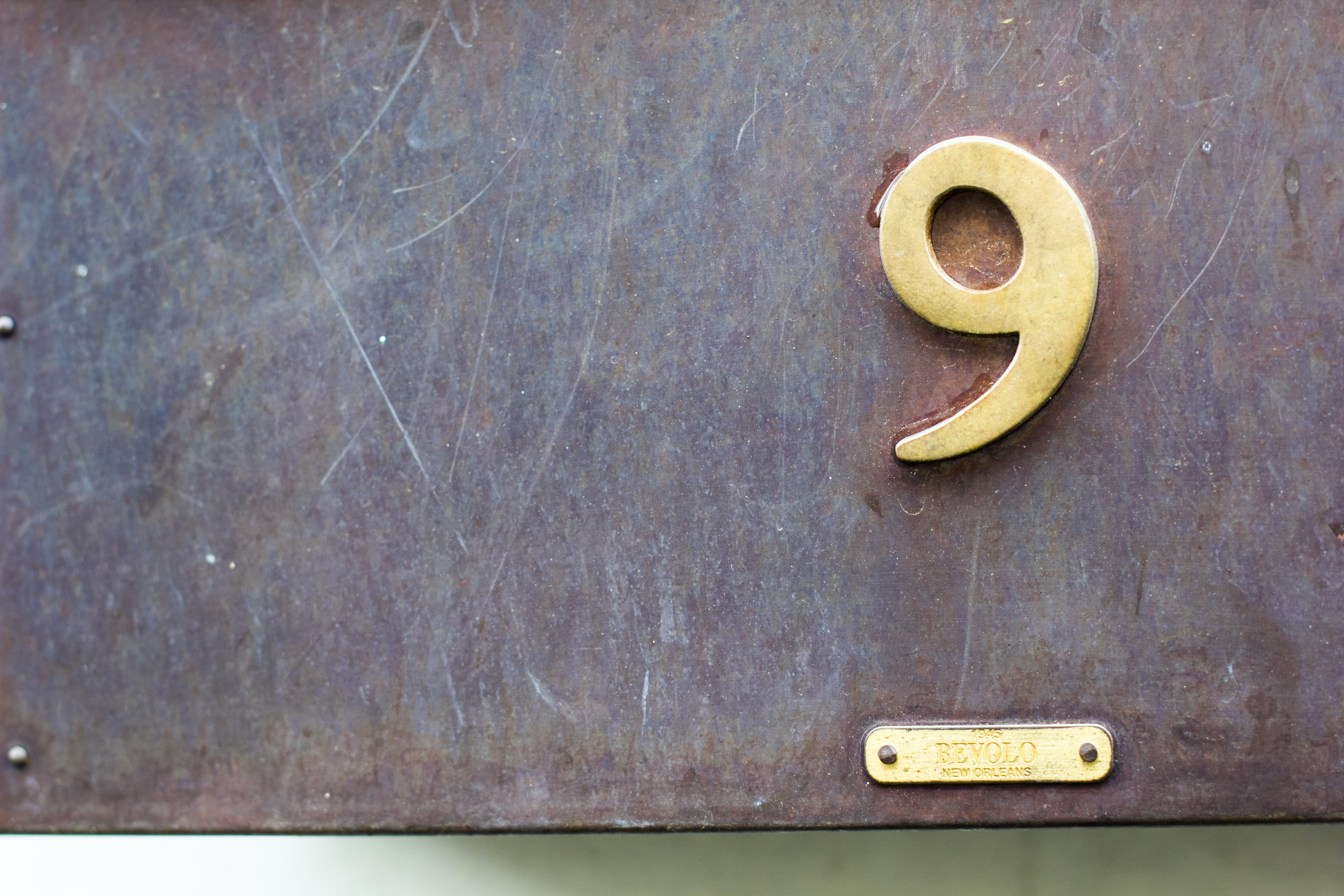 Early Christianity drew heavily on this tradition of number mysticism, using gematria, and borrowing from the Neoplatonists, the keepers of the teachings of Pythagoras and Plato who were active around the cities of Alexandria and Athens from the 3rd to the 5th centuries AD. These Neoplatonists, including such figures as Plotinus and the early mathematician Hypatia, took a decidedly mystical view of life and built an entire cosmology around numerological ideas. Another of their kind, Iamblichus, is particularly important in the history of numerology, being responsible for preserving the work of Pythagoras for us to enjoy today. Numerology can play a huge part in wellbeing, as seen at The Isbourne Centre in Cheltenham.

Early Christianity saw a power struggle between the Gnostics (who worshipped many Gods) and Catholics (who worshipped the one God), yet both engaged heavily in numerology. For example, Gnostics attributed the name of Jesus to the number 888, practising gematria to discern the will of the Gods, whilst Catholics, including prominent figures such as Augustine, believed that the mysteries of scripture could be understood through numerical investigation. Augustine, writing extensively during the 5th century, would even organise his writings according to numerological principles.

In the centuries after the fall of the Western Roman Empire, it is thought that many of the original Pythagorean teachings found a new home first in Byzantium and then further East, where they were eagerly applied and developed within the growing faith of Islam. This occurred mainly at the hands of a mystical sect known as The Brethren of Purity. Operating out of the city of Basra during the Islamic Golden Age around the 9th or 10th century, these people held that numbers were the way to understand and come closer to unity. Even today, numerology is held in high esteem by Sufi’s, though not so much by mainstream Islam which mostly deems the practice, were used for the purposes of divination or to attain otherwise hidden knowledge, to be haram (forbidden, unlawful). 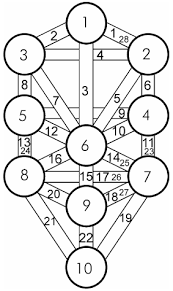 The Tree of Life

At around the same time, the long-used practise of gematria was folded into the burgeoning discipline of Kabbalah. Unfolding over many centuries, and using representations such as the Tree of Life, Kabbalists held that all of life is a manifestation of the numbers 1 to 10. Again using gematria, these people spent much time examining the books of the Old Testament. Each letter of the Hebrew alphabet not only corresponds to a number but also represents a principle. For example, the letter Aleph (A) gives the number 1 but also represents principles such as life, breath, power and source. Hebrew Kabbalists believed that reading the text of the Old Testament with these associations in mind revealed new layers of meaning which took the seeker beyond the literal stories. For example, Kabbalists use gematria to provide commentary around the time that Abram changed his name to Abraham (Genesis 17:5), suggesting that because the additional letters added to 9, and 9 was the number of light, that this name change reflected how the Father of Israel had gained enlightenment. At The Isbourne Centre in Cheltenham, we also look at how numerology can be a key part of your wellbeing regime.

Moving forward in time, numerology was heartily embraced by the magicians and occultists of the Middle Ages, with the Renaissance scholar Heinrich Agrippa von Nettesheim writing extensively about it in his highly influential work ‘Three Books of Occult Philosophy’. Here he sketched out the basic principles and correspondences of each number, informing many of the number meanings we use to this day. Agrippa, along with other Renaissance scholars like Marsilio Ficino and Michael Psellus (from the earlier, but no less important, 12th century Renaissance) also took on the task of preserving much of Pythagoras’s work.

Numerology, as we know it today, draws on all these roots, and has also been heavily influenced by the work done during the time of the New Thought Movement of the late 19th and early 20th centuries. Coming mainly from the United States, characters such as L Dow Balliett, Harriette and Homer Curtiss, Julia Seton, Juno Jordan and Florence Campbell, all taught that numerology could be used as a way of knowing both God and ourselves. Numerology as wellbeing can be found at our Cheltenham centre, too.

Today numerology pulls on all these available sources and has thoroughly embraced the modern world, with many online and computerised tools removing the need for arithmetic by hand. It might even be argued that professional geniuses in the field of mathematics are in fact doing numerology through their involvement in disciplines such as number theory. Of course, the substance of their work is simply computational and mathematical. But the flavour of it would be easily recognisable by Pythagoras, Iamblichus or members of the Brethren of Purity. In that respect, numerology remains, as it always was, a study of energy, frequency and vibration. Numerology as wellbeing is something we investigate at The Isbourne, Cheltenham. Perhaps it is part of human nature when confronted by a numerical quantity to enquire upon that numbers qualities?

Richard Abbot’s work with numerology can be found at www.thehermitage.org.uk