In conversation with… Patrick Holford 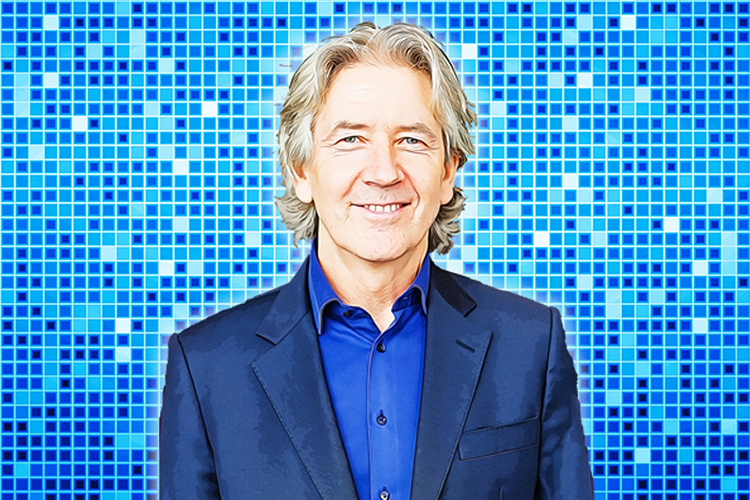 We spoke to bestselling author and nutritionist Patrick Holford, who is coming to speak at The Isbourne on Monday 8th July (7pm to 8.45pm) about the ideas in his latest book, The Hybrid Diet.

How would you describe yourself and what you do, to someone who had never met you?

I would say that I’m a nutritional therapist – but I prefer to say that I’ve dedicated my life to finding out what keeps people super-healthy, full of energy, feeling good and looking young. I started officially in the field of psychology but my interest really is in discovering what our fullest experience of life can be and this led me into nutrition. So I’ve been a little bit pigeonholed for the last forty-five years because nutrition is such a vital part of mental and physical health – but I don’t believe it’s the whole story.

What are the links between mental health and nutrition?

We have a clinic, the Brain-Bio Centre in London which is part of our charity, where we have treated thousands of people, with conditions ranging from depression to dementia. We know for a fact that somebody can be depressed because they are lacking Omega 3 fats or Vitamin D in the winter or have blood sugar problems, but as a psychologist I would also say that depression is often ‘anger without enthusiasm’ in the sense that there are psychological issues as well.

One of the big mistakes is that the professions tend to separate these, in other words the psychologists and psychotherapists think that everything is to do with psychological issues, and the nutritionists and the doctors tend to think it’s to do with food, and we have this bizarre situation right now where you go and see a doctor and you’re diagnosed as depressed on the basis of your psychological symptoms and then you’re prescribed an anti-depressant drug which is based on the idea that you’re low in serotonin – though it’s never measured and no blood tests are run. At the Brain-Bio Centre we measure your serotonin levels. So in other words a psychological condition is treated with a chemical and if you then tell the doctor “if you think I have a chemical imbalance what about nutrition?” they say “don’t be ridiculous!” yet Serotonin is actually made directly from an amino-acid that we eat – Tryptophan, and its reception is affected fundamentally by the presence of Omega-3. So we have this real mismatch between the psychological and the chemical, and the truth is we can’t really separate these out.

What I find is that as people improve their nutrition they gain so much more energy and mental clarity that it becomes possible for them to start looking at those other issues, for example the psychological, that might be holding them back. But you need energy in the first place. People who are clinically depressed are often extremely tired and so unable to concentrate or see the wood for the trees. But the combination of good psychotherapy and good nutrition is absolutely fantastic. We’ve got almost two million people in Britain who are long-term anti-depressant drug users and we know that around 40 percent of those who try to come off anti-depressants get such strong withdrawal symptoms that they can’t succeed.

Would you say that the modern Western diet makes some people depressed?

Yes. I’ll give you an example of a friend of mine’s kid who is six and having lots of temper tantrums, flying off the rails and losing her emotional stability. I’m sure this is something any young mother would relate to. It turns out that she was getting no Omega-3. If a child doesn’t have enough DHA, which is the type of Omega-3 you get in fish and fish oils, they have more physical and emotional outbursts and aggression. They started to give her Omega-3 and within literally a matter of days she calmed down and had much more emotional stability. You’d probably look at a child like that and think ‘they must have some issues that they’re dealing with’ but in fact the only issue is that their brain couldn’t function as it wasn’t getting enough fats.

You’re coming to the Isbourne on the 8th of July to talk about The Hybrid Diet – what makes it different to other diets?

One of my best friends – the award-winning medical journalist Jerome Burne – became the favoured journalist for a whole group of doctors and scientists who are exploring the Ketogenic, i.e. a virtually no carbohydrates and high fat – diet. There’s no question that a ketogenic diet does cause weight loss, diabetes reversal and it’s good for certain mental health problems, possibly even epilepsy. It’s being used in the treatment of brain cancer and in some cases of Parkinson’s Disease, so there a lots of benefits – but, as readers of my books will know, since the 1980s I have been saying that we should be eating a ‘slow carb’ or low-glycaemic load diet, not a ‘no-carb’ diet. For example, oats are low-GL and cornflakes are high-GL. Strawberries are low-GL but raisins and bananas are high-GL, so I’ve been talking about eating oats and berries for breakfast rather than cornflakes and bananas.

In a way I challenged Jerome to a duel: ‘what can you actually do with a ketogenic diet that I can’t already do with a low-GL diet?’. But as we dug deeper it became clear that we have a ‘duel-fuel mechanism’ – the cells of the body can run on either glucose or ketones. We learnt that something rather miraculous happens when we switch between these two fuels and we think this stems from our evolution when we regularly experienced phases of feasting and phases of fasting. In the summer you’d be eating a lot of fruits, berries and vegetables. Since these contain lots of carbs you’d probably put on a bit of weight – a useful store for the winter. In the bleak midwinter when you had run out of all those carbohydrate food sources you’d either start to burn your body fat (‘running on fat’) or maybe you’d slaughter a sheep or goat so you’d have a higher fat and lower carb diet, which switches on a process of cellular repair. Fasting causes health benefits by switching on a process called autophagy, and this also happens when you go ketogenic. You only have to do it for five consecutive days to get a significant effect. In animal studies we’re seeing that you can get the same benefits from a five-day ketogenic as you’d get on a five-day total fast. There’s a big debate about how often you should do that – it might be two or three times a year for example. There’s also a recent study where animals that have Type 1 irreversible diabetes (where they’ve lost the cells that make insulin) did this five-day ‘fasting-mimicking diet’ then nine days off and five days on – they did this four times and actually reversed their diabetes – their pancreatic cells actually regrew and started producing insulin.

So, to answer your question, what’s new is that we’ve learnt that we are ‘hybrid’ – we’ve got two fuel systems and that there’s tremendous advantage to switching every now and again. We don’t know fully yet how often and for how long we should do this however. At the moment I’m doing something where if you don’t eat for eighteen hours you start to get this self-repair process triggered. It seems to work very well in that I’ve lost weight and my body fat percentage has dropped a lot. And that means having dinner at six o’clock and lunch (or brunch) the next day at noon. I’ve also invented something called ‘the Hybrid latté’ which is a drink that has no carbs but is very high in the specific fats that make ketones, so I have that in the morning instead of the usual breakfast. It absolutely satisfies me, gives me energy and fills me up then it’s easy to get to midday and have brunch. There are lots of people exploring what works in this ‘intermittent fasting zone’.

I must admit that in nutrition I thought we had done it all but something has been unlocked in understanding that there are two fuels we can run on and that there’s an advantage in switching. And that’s what I want to show people, how to do either of those two phases – the benefits they can get from it and how to build that into their lifestyle. And of course both phases are very high in nutrients, they’re both lower in carbohydrates. I’ve got people reporting extraordinary weight loss at a level that I’ve not seen before on my low-GL, slow-carb diet. And it’s all actually fat loss because you can now measure fat composition.

Can you say a little about the concept of ‘healthy weight’?

It’s certainly not just about losing weight. A lot of people when asked would say that they would ‘like to lose a couple of stone then I’ll look better, and if I look better then I’ll feel better about myself’. Often behind that gradual weight gain has been a gradual decrease in energy, and increase in pain in terms of inflammatory problems and so on. What happens for a lot of people is that they lose control of their body, in other words they become victims of their cravings, their tiredness. They get tired so they have a coffee – they get stressed so they have a cigarette and they can’t relax so they have a drink, and lurch from meal to drink to ‘keep the boat afloat’. So the Hybrid Diet is not just about losing weight it’s about reversing the process that we call Metabolic Syndrome which gradually drifts you towards diabetes, heart disease, dementia etc. It just so happens that you do lose weight.

If you get your nutrition right you get to the point where you wake up alert, you have good energy. Because you are not starving and craving sugar you can plan your next meal and decide what to eat and then it doesn’t take long before that becomes your new habit and you start naturally wanting to eat what makes you feel good.

On a personal note, do you have any favourite spiritual or holistic practices?

I’ve been meditating for about 40 years. I have a mantra that is ‘in me’. I have learnt how to go into a space where I’m witnessing and not being bashed around by what’s happening around me. I also find that nature is a very important spiritual practice – just being in nature and connecting with it. I love walking in the mountains too. There are a lot of different ways to meditate – not just sitting cross-legged on the floor. It’s about find some time in the day to actually connect.

Finally, what’s next for you? Do you have any projects in the pipeline?

I’m building a log cabin, which is amazing exercise and great fun, not so far away from where you are, in the Black Mountains in South Wales. We’ve built this place called Forest Barn Mountain Retreat. It’s tucked between Sugarloaf Mountain and the incredible Llantony Valley. We’ve created it not just for my retreats but for other people so that they can leave the city and be in an environment that can really re-nourish and recharge them. In a couple of weeks we’re running the first ever Hybrid Fast Detox Retreat there and taking fifteen people through this whole process and we’ll be measuring all sorts of things including their glucose and ketones. We also address how not just to take control of your body but also your life, and how to thrive in our 21st-Century world.

I would be very delighted if next year I could see lots of events happening at the Retreat that are uplifting for people.

So that’s what I’m doing next!

The Origin of Reiki