What Will It Take For Women To Feel Safe? 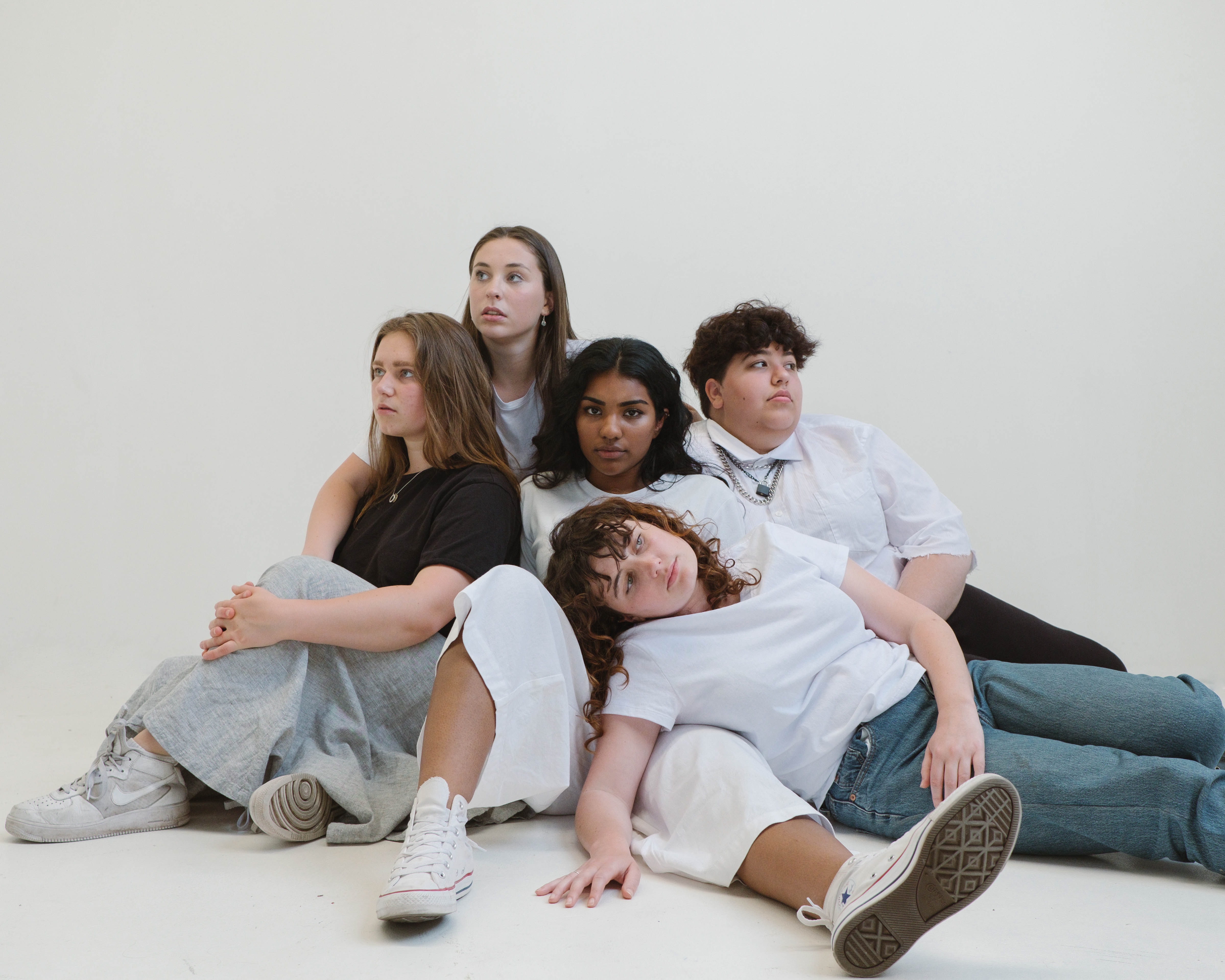 In light of the news that remains were found of 33-year-old Sarah Everard who went missing after walking home from a friends house, I want to pose this question;

What will it take for women to feel safe?

61% were from either current or ex-partners and 39% from acquaintances/strangers/the sexually motivated.

Over the past week, women have been taking to the internet to detail their own experiences with sexual harassment and assault. The common thread? Every woman has learnt behaviour and tactics to minimise the risk of harassment from men. Whether it's taking a longer, well-lit route home, keeping their phones in their hand at all times, or understanding that letting a man down too harshly could anger him and result in death. Women are now appealing to men to take accountability for themselves and their friends in the plight to end violence against women.

To the men who wolf whistle to young girls or chase them down the street for their number or sit next to them when there is a carriage full of empty seats, the change needs to start with you. Think before you act all big in front of your mates. How would you feel if your daughter came home crying that these slimy men wouldn't let her be? You'd be irate, right? Stop treating us like animals. Show respect. 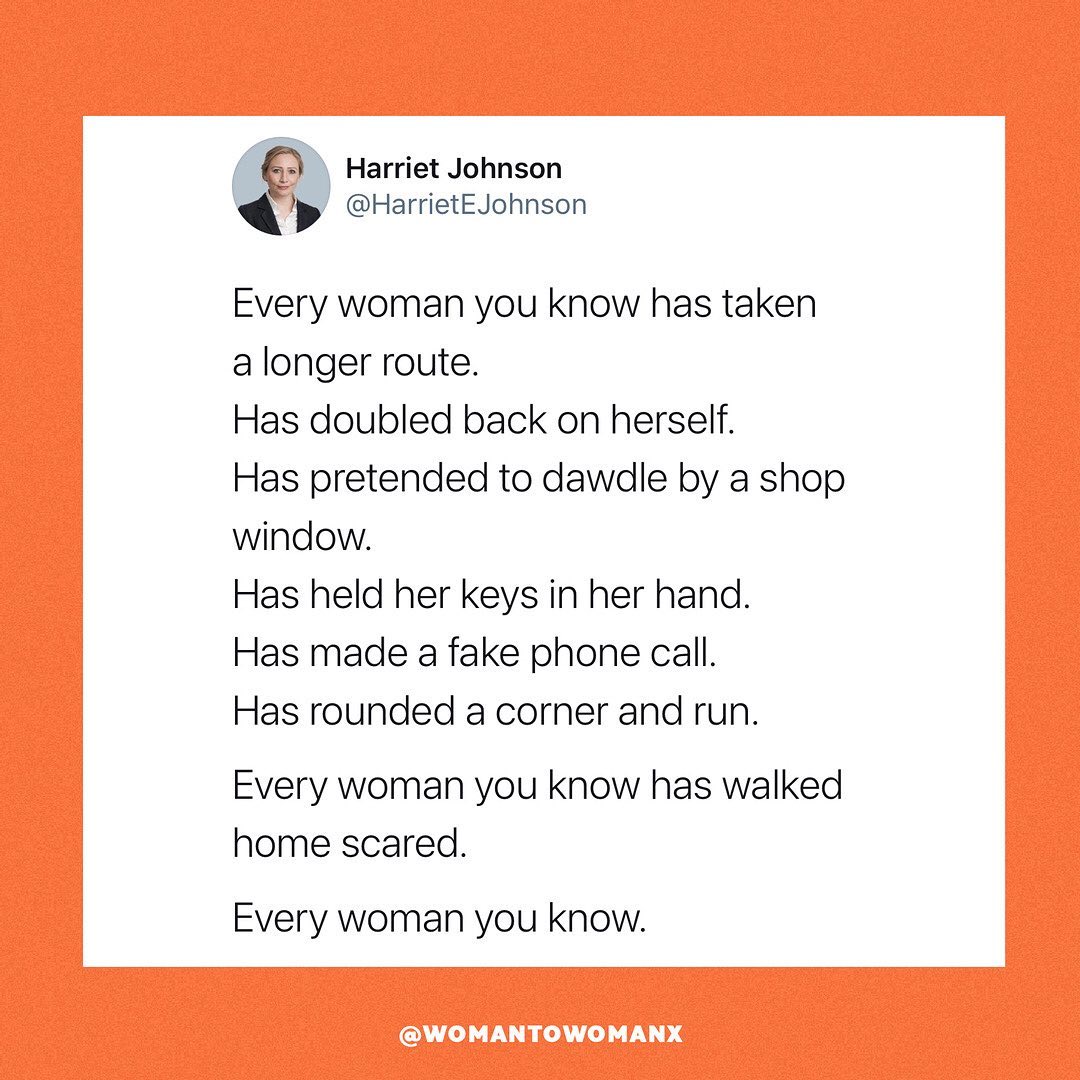 Speaking from experience I have commuted home to Hertfordshire from London many a night after a late shift at work. I would feel very tired, yet I had to become alert and quick-thinking just in case I came inline with unwanted attention. Which happened often. I have been extremely lucky to only be assaulted by choice words from boys (I won't give them the title of a man) in an attempt to 'chat me up'. I feel very lucky that none of my encounters have escalated further.

To the men that have asked what they can do to make us feel safe, talk to your sons, explain to them what it's like for women, how vulnerable we automatically feel doing seemingly normal things like getting into a car, walking down the street, walking through a park, going on a date. Raise them to feel and understand their emotions.

"Tell him to cry when he is sad, tell him how important it is to talk about his feelings. Tell him it is better to be soft and strong rather than be hard and weak. Never let anyone tell him to “stop being a girl” when he is showing sensitivity. By narrowing our ridiculous prescribed gender roles, we will come closer together, and no longer be such a mystery to one another, which will dilute the fear and mistrust men have towards us. And by making him a more mentally stable and secure person, you will far lessen the likelihood of him being infiltrated by our insecure and pathetic patriarchy." - Jameela Jamil

Another simple way to make women and girls feel safe is to cross the street when walking at night. We are acutely aware of your presence behind us. We hear every step and every breath you take. We are probably rummaging for our phone to call someone or have our keys out ready to quickly open her door and lock herself in. I can tell you for a fact that we've scanned the whole area for somewhere (hopefully) safe to run to. Yes, you may be innocently walking home yourself but it won't hurt you to cross over, take your hood down and keep a steady pace. Although you know you wouldn't harm us, we don't. 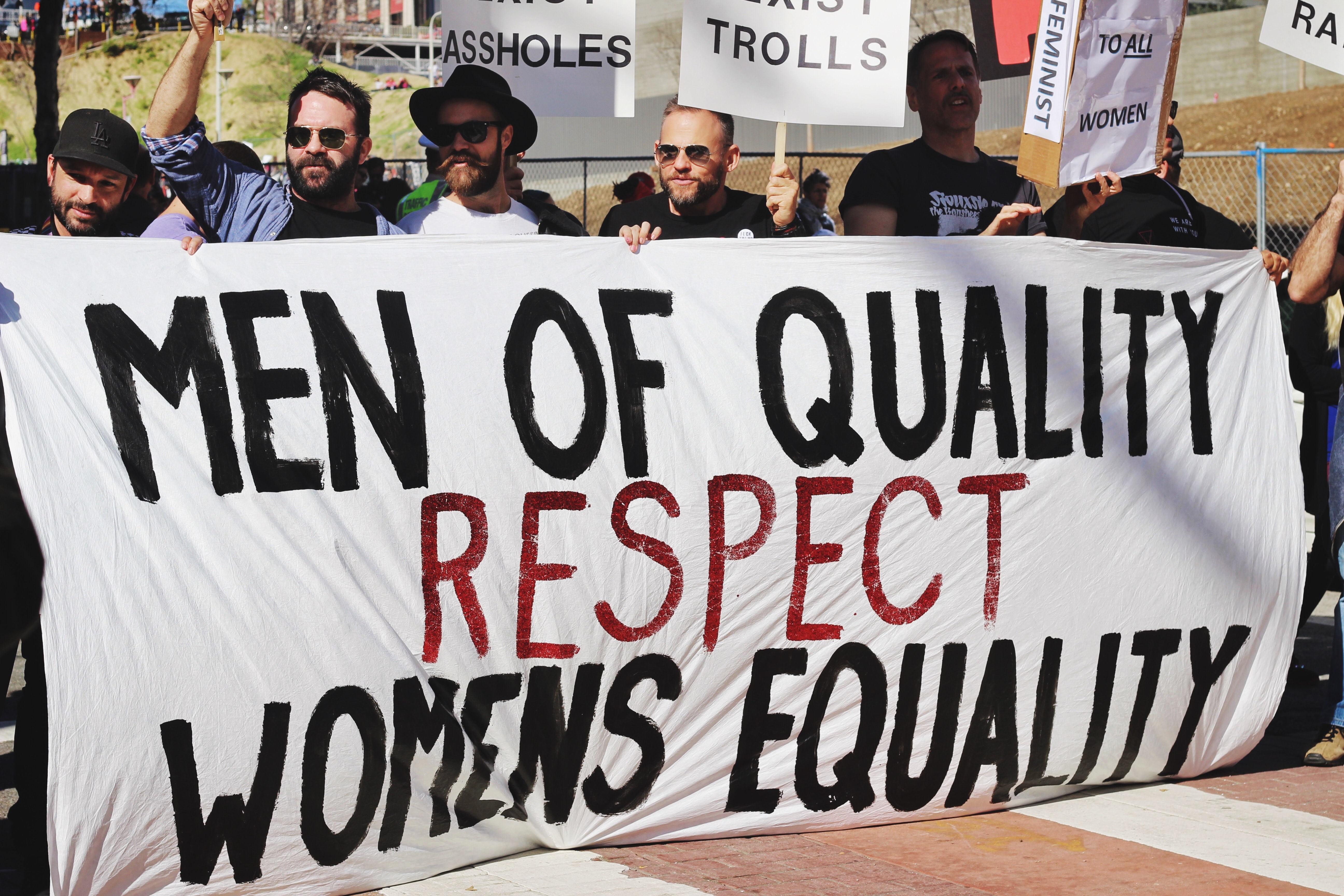 And finally, to the men who see no issue. It's easy to judge someone for being assaulted. To critique their outfit choice, their choice of drink, or their choice or transport. What if you chose to hold our brothers accountable instead? Called out the friends who make inappropriate jokes, kept an eye on the ones who get a bit handsy when they drink or start to have conversations with your male friends about how you can make your female peers feel more at ease. We live in the 21 century yet women are still being conditioned to shrink themselves in order to deter unwanted male attention. As Chris Hemmings says, the discussion can no longer be "how can women make themselves feel safer?" but "how are we (as a society) going to tackle male violence against women?" We can make ourselves feel as safe as we possibly can, it isn't going to stop the men who want to do harm. Education, support and tackling toxic masculinity is our only way forward.

As women, encountering sexual harassment can produce life-long effects on our mental health. It can destroy our self-esteem, ruin relationships and cause PTSD-like symptoms. The society that deems sexual harassment as "no big deal" is also the society that tells men being feminine is wrong. Showing emotions is wrong. Having feelings is wrong. This mindset is causing untold problems within the male population, such as high suicide rates and boys who grow up feeling confused and angry. The only way we can make women feel truly safe is if we can foster a society where men are encouraged to feel, talk and express themselves. The current "keep calm and carry on" mentality that the western world, especially Britain, has been operating under is harmful.

Although I pray for a kinder world daily, it's hard to envision a life without having to watch what we wear, how we travel or just simply be alone anywhere and feel safe. Please continue to have conversations with each other; with your children and with your friends, and check out our list of therapists who can offer professional advice. 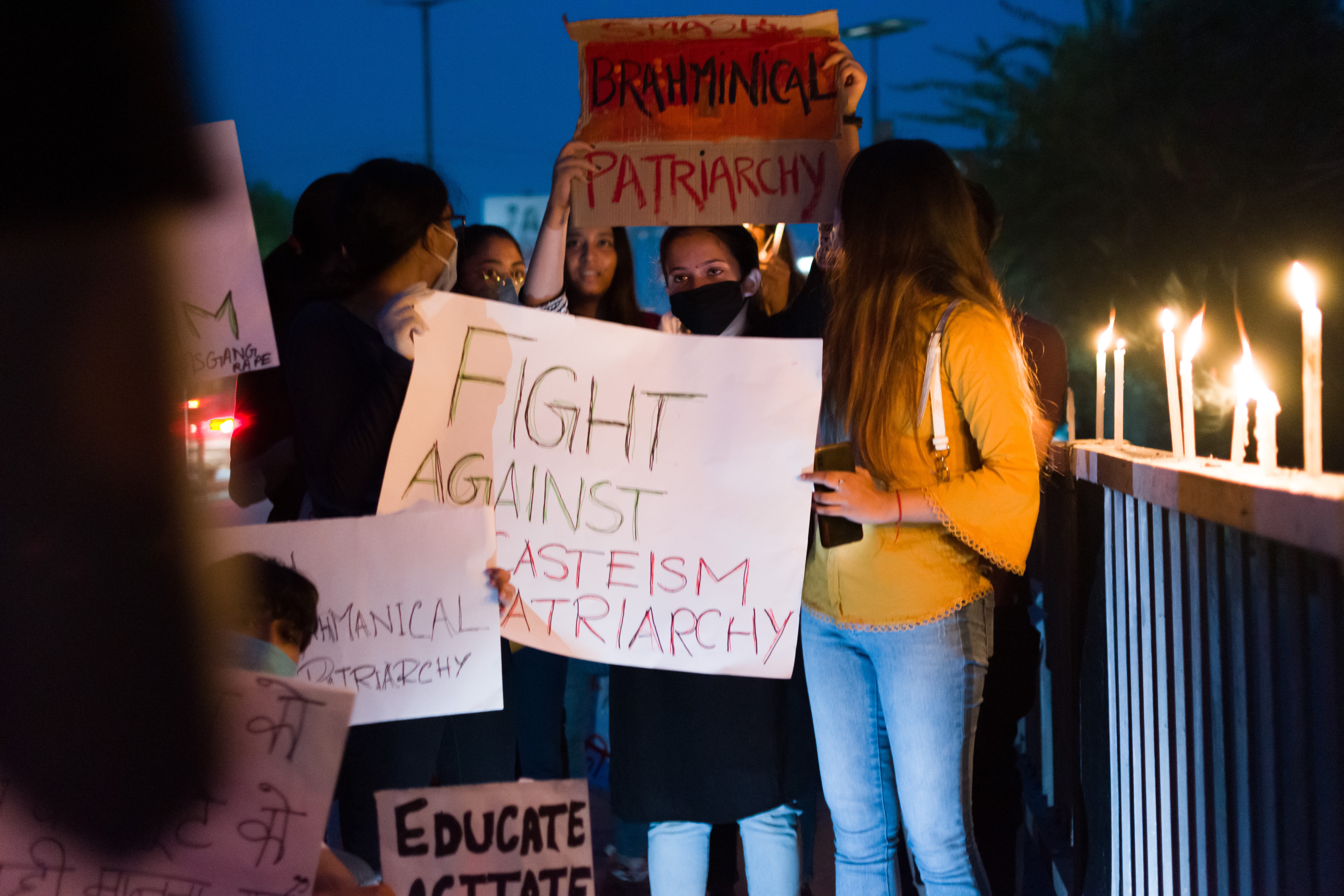 Holly Sofroniou is a writer and has her own blog Holly Writes Words where she chronicles her thoughts on life and the universe. Holly is included as a guest writer for The Isbourne.

12 of the Best Low-Impact Desk-Friendly Stretches

How To Start Reading Tarot In 4 Easy Steps

Could Magic Mushrooms Be The New Antidepressants?