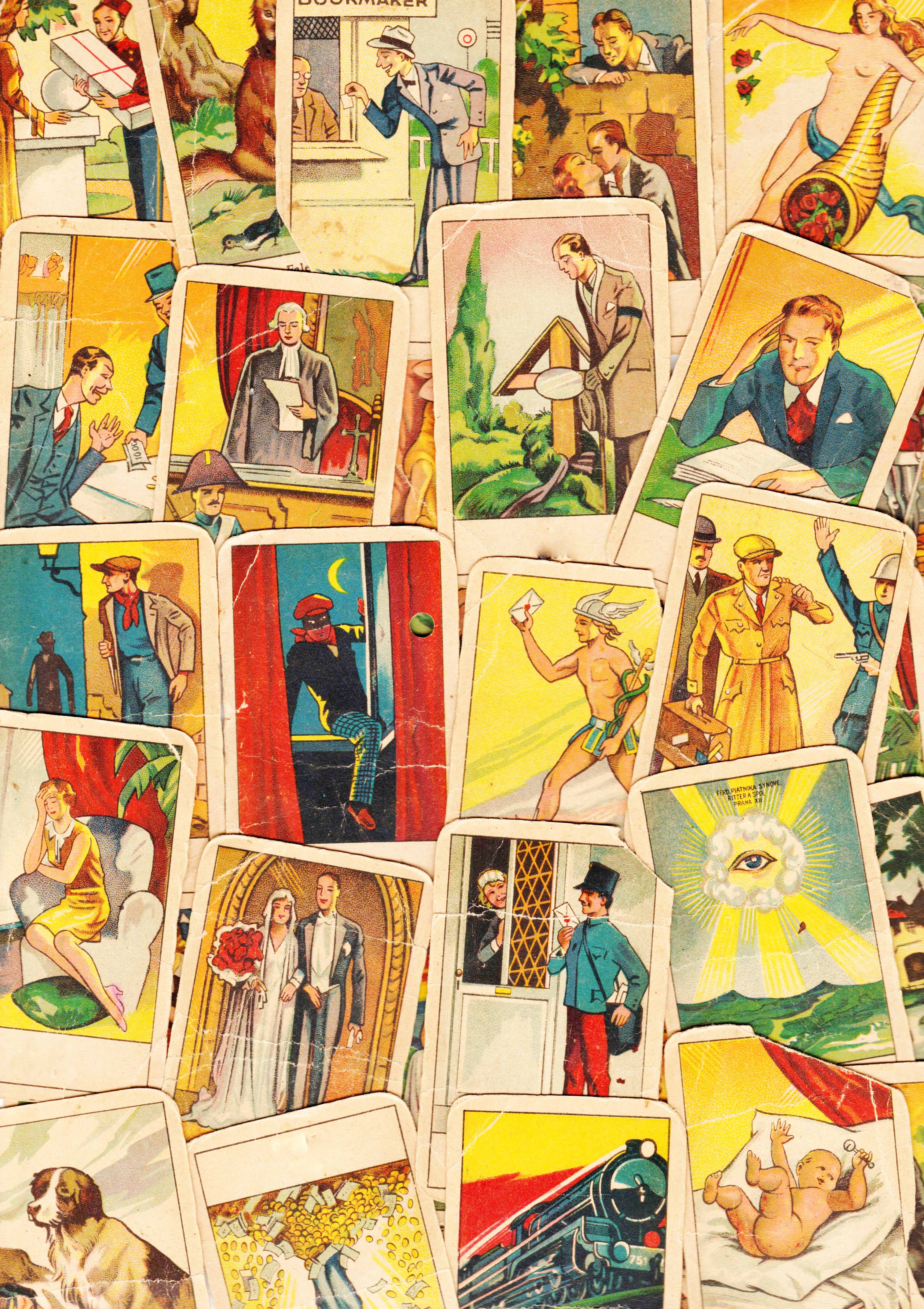 Tarot is so much more than a fortune-telling game. In fact, it shouldn’t be used to predict the future at all but rather as a way to help you understand your inner thoughts and make decisions. You don’t need to have any magical powers to read a deck of cards either, just be able to tap into your intuition and inner wisdom and the answers will flow.

The Isbourne has many classes and courses throughout the year where you can learn to read tarot for yourself and others, taught by highly experienced tarot readers. But to get you started here is a comprehensive list of the Major Arcana cards and their meanings.

What is the Major Arcana?

Each Major Arcana card of the Tarot can be described as an archetype, a symbolic figure or situation of great significance and meaning in human thought and culture. The Major Arcana figures are larger than life, representing different basic aspects of what it is to be human and to live in this world. 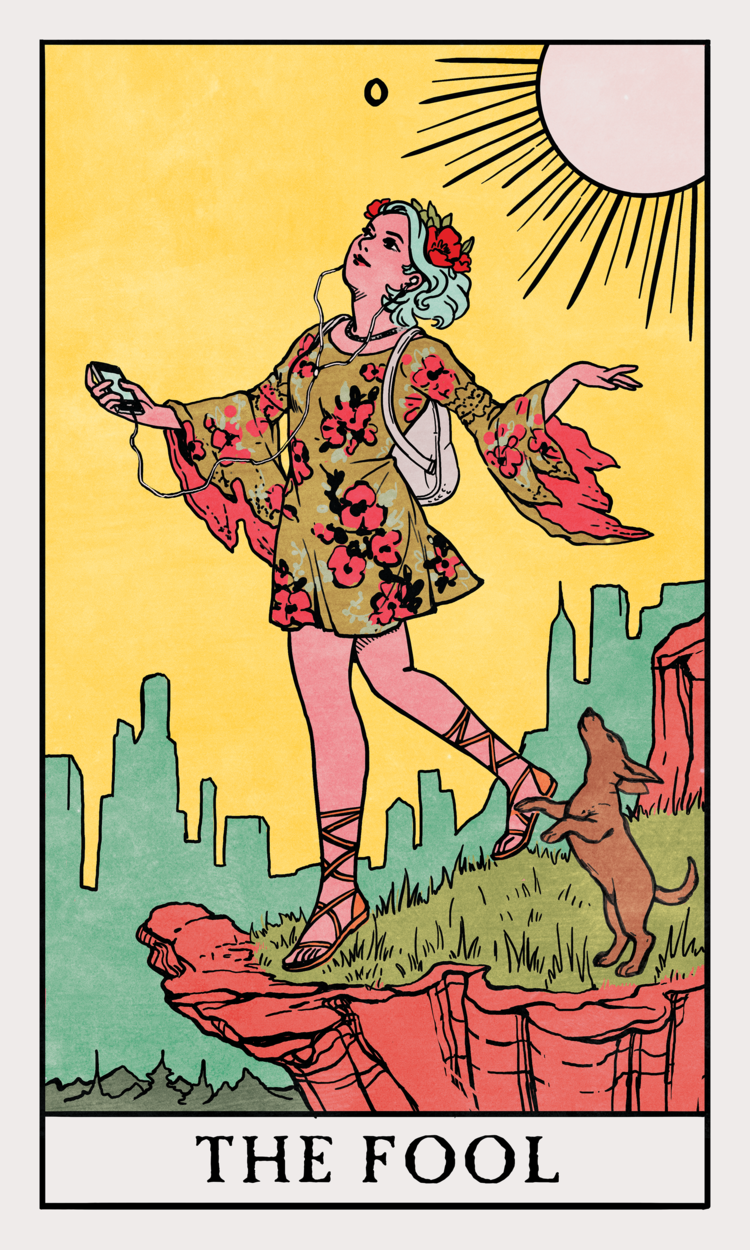 Blissful carelessness, the power of ignorance.

If this card appears in your spread it could mean you are heading into a time of giddy happiness, childlike wonder or burying your head in the sand a bit.

A sudden solution, as if by magic – but it may be just an illusion.

If this card appears in your spread, someone or something may be about to appear in your life that holds the answers you were looking for. It might seem too good to be true, and sometimes it will be.

Secrets and hidden circumstances stand in the way and need to be understood.

If this card appears in your spread, it usually signifies a female person who is going to be giving you some hard truths. It’s up to you to listen or ignore them.

If this card appears in your spread, it usually signifies a strong female presence. Either a person or the femininity with you. Pay attention to what they have to teach you.

You’re up against real power, so yield or suffer the consequences.

If this card appears in your spread, it usually signifies a strong male presence, either a person or your inner masculinity. Strong forces are at play and you might have to give up control in order to move forward. 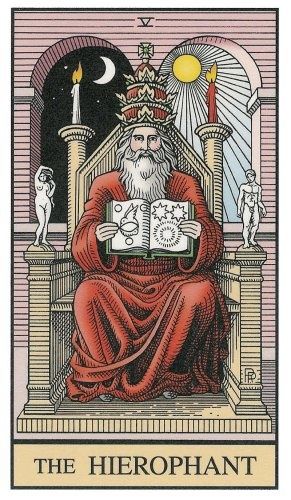 The dependency on approval from an elevated dignity.

Sometimes referred to as “the Pope” or “the High Priest,” the Hierophant represents authority, convention, and a commitment to following a strict orthodox lifestyle.

Deeply felt mutual attraction – for as long as it lasts.

If this card appears in your spread, it could very easily mean you are going to meet someone but could also mean you need to focus on loving yourself in order to achieve your goals.

Triumph – but beware of its consequences at length.

If this card appears in your spread, you are most likely on the right path and heading for success. However, you need to make sure you are holding tightly onto the reins! 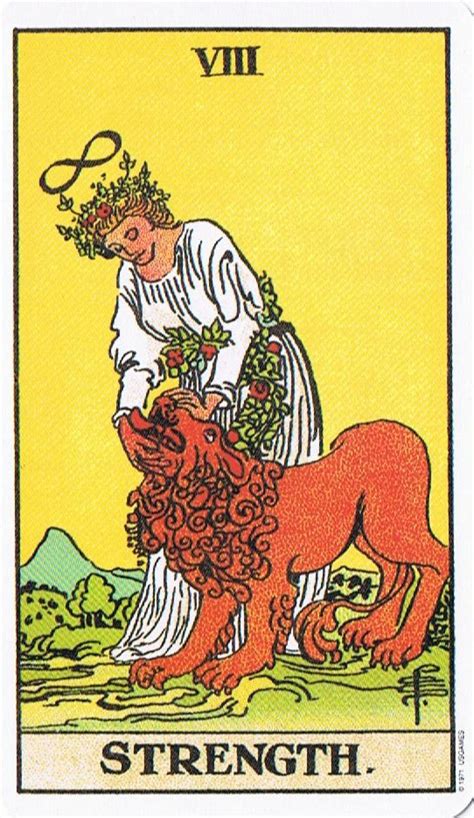 Strength of a kind that’s superior because of its clever application.

Depicted as a lion, Strength shows you either have lots of inner strength helping you or you need to tap into that inner strength to find your right path. 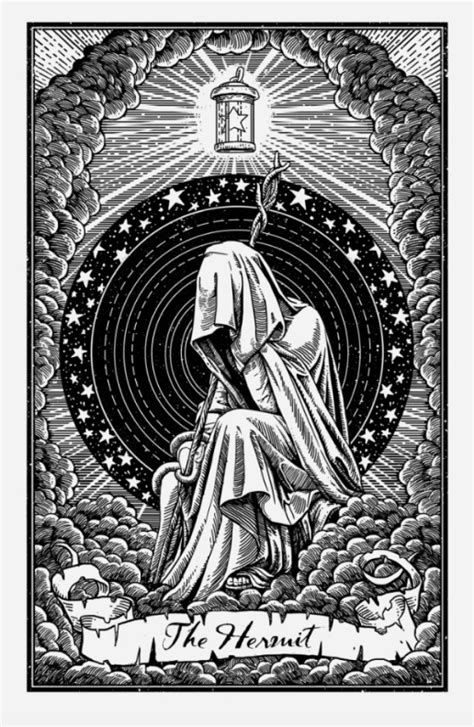 The lesson and reward, but also misfortune, of solitude.

The Hermit teaches that taking some time alone can be beneficial to you to discover what you need to do next. But don’t spend so much time alone that you end up overthinking your troubles! 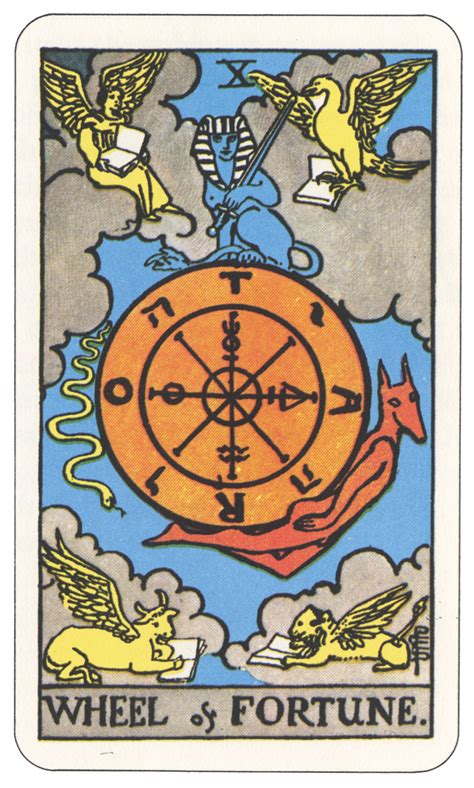 An uncertain outcome, with an aftermath to be carefully considered.

Good or bad fortune is on its way to you. Depending on the choices you make. 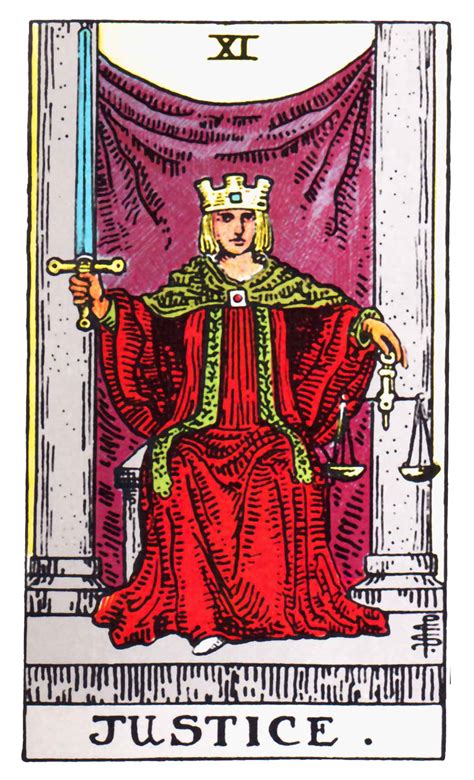 Justice without blindfold is not always fair. 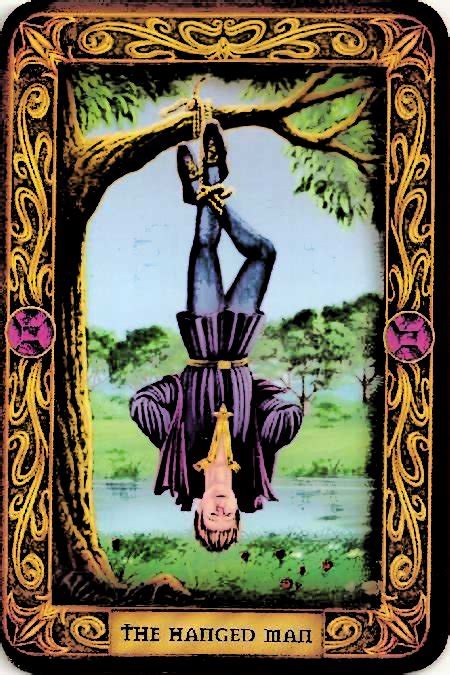 The Hanged Man doesn’t mean you’re going to die! It just means you might be hindering yourself in some way, or you will have to make a big decision in order to move forward. 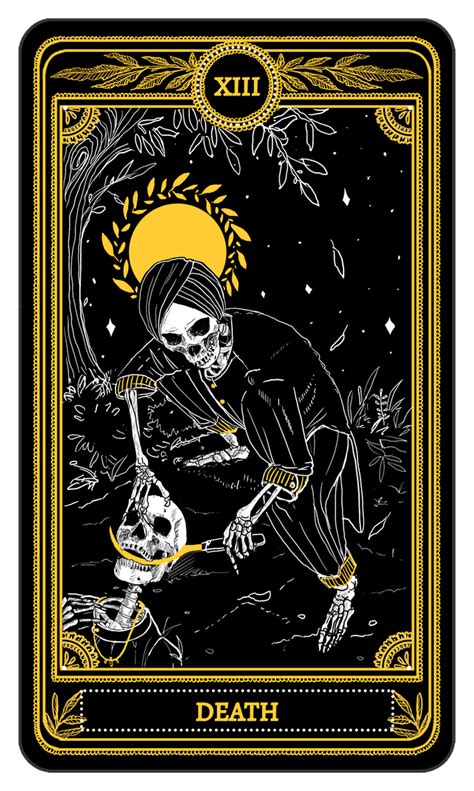 A costly loss – sometimes, but not always, the death of someone.

This card very rarely means you or someone you love will die. It is more the death of one idea or one way of working and the beginning of something else. Change is coming in one way or another. 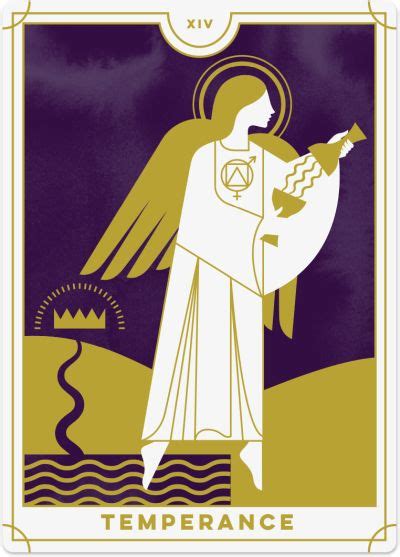 Moderation in all is ultimate persistence.

This card is telling you to take a step back, relax and think before you make a decision. No big changes need to be made just yet. Let life flow before you jump ship. 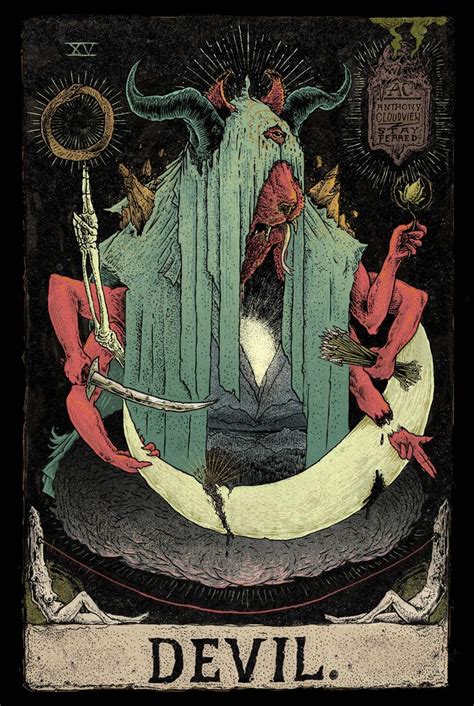 The pain and delight of giving in to temptation.

Again, the Devil card doesn’t mean anything evil. It just means you may be working from impulse or ego and not making decisions from a place of higher understanding. 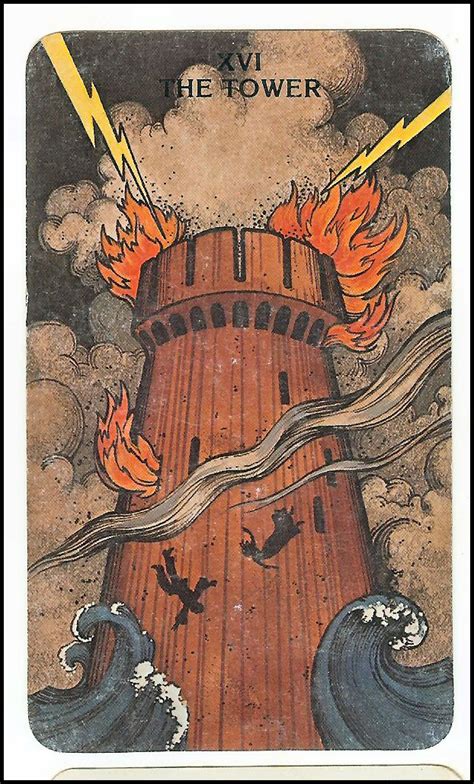 A spectacular ambition that ends with disaster.

The Tower is probably one of the only ‘bad’ cards in a tarot deck. It is a symbol of imminent disaster in some form. You have to use the other cards you’ve pulled to assess what the disaster will be. 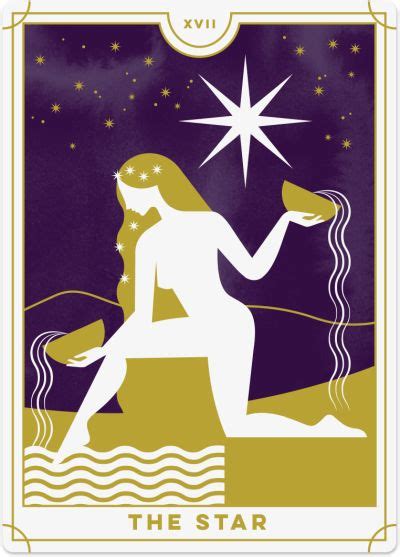 Time to pause and reflect, contemplate what’s precious and what’s not.

The Star represents creativity, hope, and optimism. It urges you to reinvest yourself in your art, and also serves as a reminder to keep the faith, both in yourself and others. 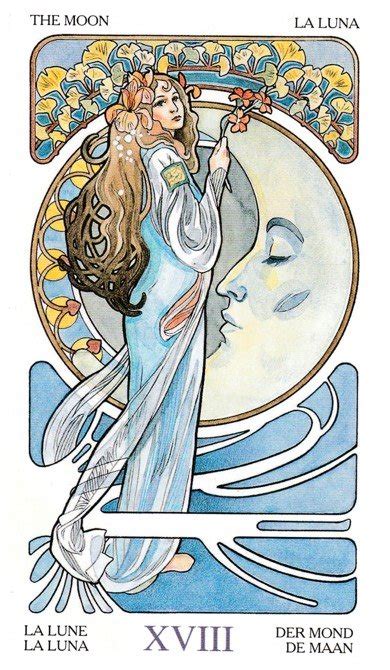 Longing for the sake of longing, and the hope of fulfilment.

The Moon card indicates a strong sense of understanding of both the present and future, but it also leaves those who draw it vulnerable to unexpected changes of course. 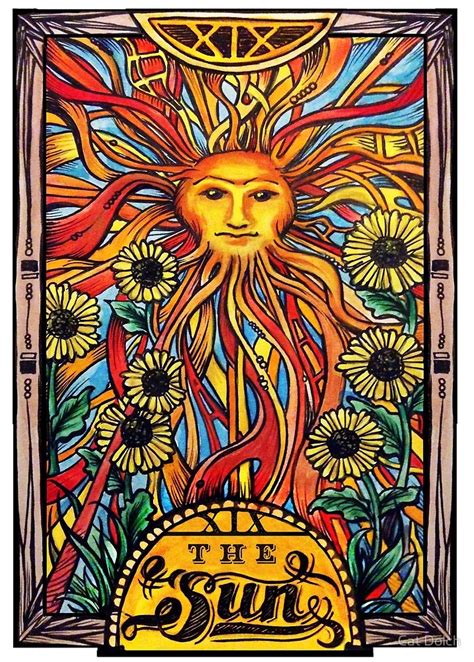 Great resources at your disposal, but constrain yourself since it’s possible to have too much.

The Sun card represents hope, energy and unbridled optimism. As such, the nineteenth Major Arcana is often associated with the accomplishment of important tasks. 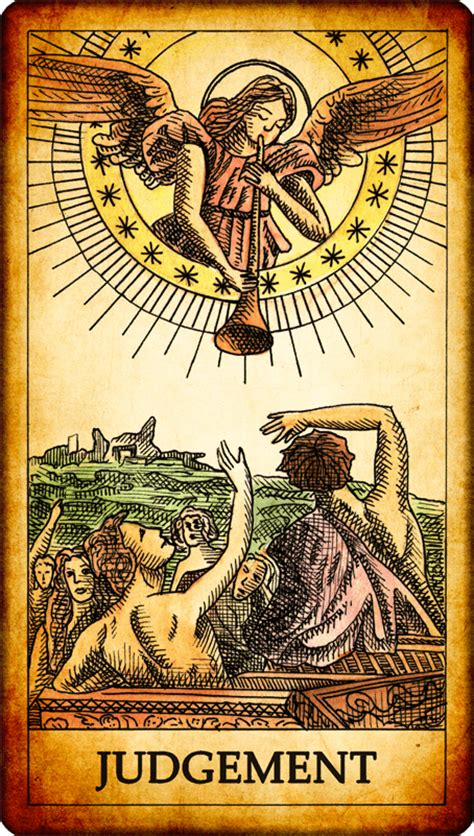 Ultimate judgment, whether we welcome it or not.

Judgement represents trial, consequences and rebirth. It typically appears just before a major life transition and emphasizes the importance of self-reflection. 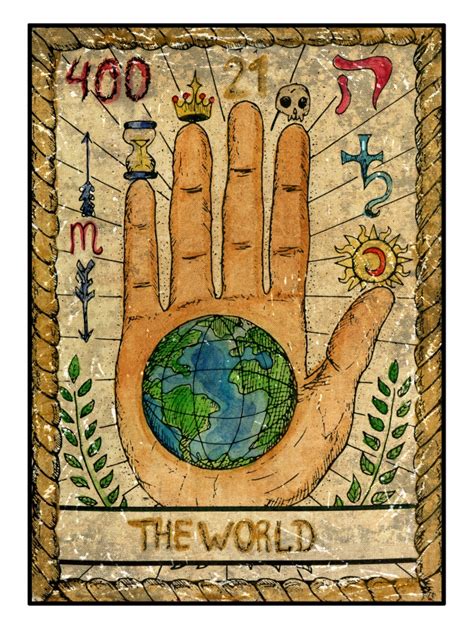 Success in anything worldly, but not for free.

The World tarot card represents perfection, success, and accomplishment. The twenty-first Major Arcana marks the end of an important project or period in your life.

Check The Isbourne website for courses and classes on learning to read Tarot.

Why You Need To Try The Natural Healing Of Reiki