In Conversation with… Maria Wheatley 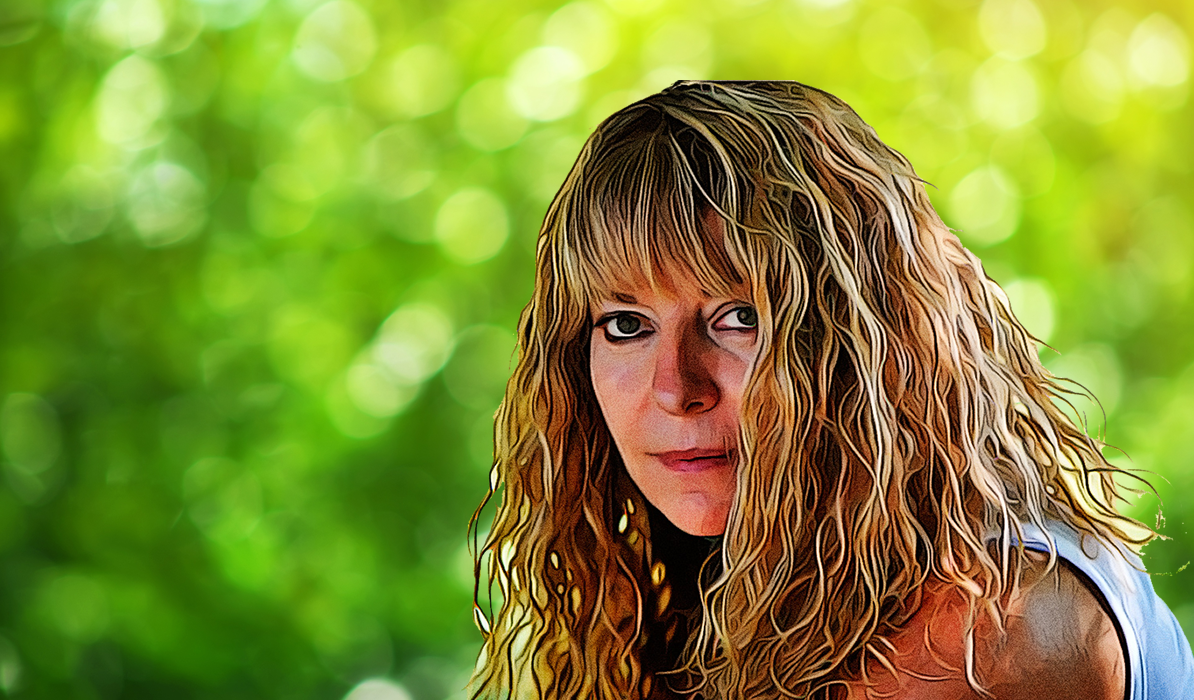 We spoke to dowsing expert and author Maria Wheatley, who is leading a talk and field trip to three of Gloucestershire’s ancient sacred sites on the Summer Solstice, Friday 21st June.

You’ve just returned from a conference in the U.S.A.

Yes, it went well and I did some travelling around the Anasazi (Ancestral Puebloans) ancient sites in Arizona. They were constructed by the ancestors of the Hopi Indians who were not nomadic. They built structures about three to five storeys high and they had ceremonial areas called kivas. I was also dowsing their earth energies, and was taken to a very sacred place by a Native American, which was a great honour.

How would you describe yourself and what you do, to someone who had never met you?

I’m a second-generation dowser and geomancer and for many years now I’ve been looking into ancient sites and sacred power places and looking at their earth energies and ley lines and what is really incorporated into their structures to make them sacred spaces. I’ve also looked into dowsing sites abroad such as the Egyptian pyramids, sacred America and Malta.

Dowsing is simply the ability to detect something and involves three basic skills which anyone on one of my workshops or field trips can grasp quickly – firstly there’s information dowsing – simply asking the rod a question, then there’s directional dowsing – locating the direction of your target (either a ley line or underground water), then there’s tracking in order to find it. Using dowsing you can find anything from water to lost objects and sacred earth energies.

Do you always need a dowsing instrument, for example a rod?

Sometimes those who are trained to recognise earth signatures can literally use their hands or sometimes their feet to locate dowsing targets – it depends on how sensitive one is.

Geomancy is reading the land – for example, in ancient China and other countries they used to read the hills to see where the ‘dragon lines’ were or to see which part of the landscape was feminine or masculine. The idea is to have the yin and the yang of the landscape incorporated into anywhere you live, and the Ancients did this in places like Stonehenge and Avebury – they would always be a masculine or feminine hill such as Beacon Hill at Stonehenge and Waden Hill at Avebury. In ancient China they would literally sculpt the land to bring it into harmony.

Your father was a well-known dowser – at what age did you become interested in the subject?

I became interested in dowsing at a very young age but it was just fun – playing with coat hangers, making them into dowsing rods and finding underground water. I took it more seriously and began dowsing professionally around the age of 20.

Why do you think earth energies were considered so important by neolithic and later people?

Earth energies were important to the builders of ancient sites because they imbue the place with unseen power and also with negative ions which are good for us. More importantly they have a frequency of between 7 and 10hz and that will naturally bring your brain into the alpha mode whenever you walk across earth energies. They also emit a kind of infra-sound, which at 18hz is just below what we can hear whereas I think our prehistoric ancestors could literally hear this, so maybe their perception of ancient sites was very different to ours.

You’re coming to The Isbourne at the Summer Solstice to talk about dowsing and to lead a tour of Gloucestershire’s sacred sites – what kind of earth energies will people discover at them?

Anyone and everyone can dowse – a little kid can pick up a dowsing rod and literally find something with it. Dowsing is just an extension of your own sixth sense and it’s so natural which is why for thousands of years people have been finding water with just a twig. It’s really not difficult!

Yes, I do my own type of Celtic meditations. I’m following the Druid Way on the Celtic path of the Green Ray. So I’m very close to nature and communicating with nature and standing stones, so my own spirituality is coming from and about attuning to Mother Nature. I’m also very interested in the type of herbs and trees that grow at ancient sites.

What’s next for you? Do you have any projects in the pipeline?

I’m going to to be writing about the secret history of the beginnings of Stonehenge. Dowsing led me to discover a ‘neolithic queen’ or high priestess of the Stonehenge area, who had a very long skull. In Gloucestershire as well, at Hetty Pegler’s Tump, thirteen long-headed people were interned there. Very young children were also found in some of the barrows, with skulls that showed no signs of having been bandaged to elongate them, leading me to believe they were a different branch of humanity. These were our ancient British ancestors and their history hasn’t been fully told. They were the first people to sense the ley-line system and earth energies, then build monuments on them. I strongly suspect that the long-skulled people had two crown chakras because their heads go back so far and I think that helped them attune to the hidden frequencies of the earth. So I’m going to be looking back at ancient Britain from a metaphysical perspective as well as an archaeological one.

To dowse or not to dowse?

In Conversation With… Maria Wheatley