SACRED SONG AND DANCE FROM THE LAND OF THE SNOW

With rich overtone chanting, meditative prayer, traditional costumes, ceremonial masks and the use of Tantric instruments including conch-shell trumpets, meditation bells and the powerful low sounds of the majestic dungchen (long horns), the Drepung Kongpo Khangtsen Monks evoke the atmosphere of sacred Tibet and offer a glimpse into one of the most spiritual and traditional cultures of the world.

With the patronage of His Holiness the Dalai Lama, Drepung Loseling is dedicated to the study and preservation of the Tibetan Buddhist tradition of wisdom and compassion. A centre for the cultivation of both heart and intellect, it provides a sanctuary for the nurturance of inner peace and kindness, community understanding and global healing.

Drepung Monastery was founded in 1416 and was the principal seat of the Gelugpa school.  Drepung was known for the high standards of its academic study, and was called the Nalanda of Tibet, a reference to the great Buddhist monastic university of India. 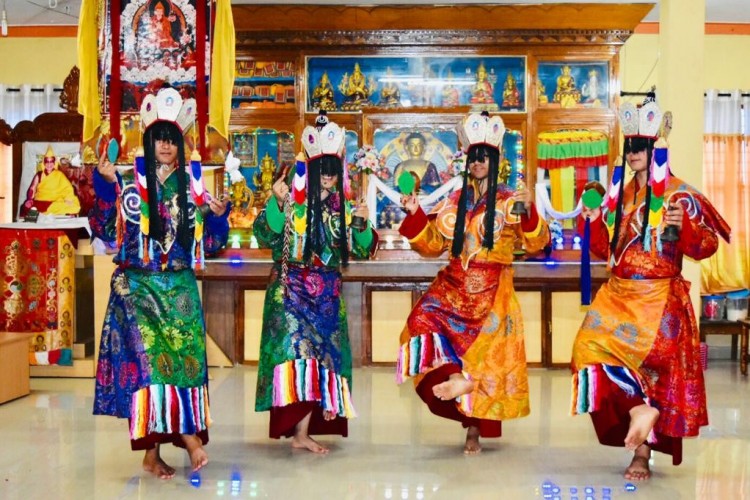